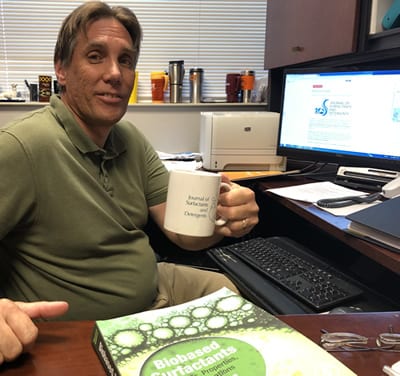 Doug Hayes, professor in the Department of Biosystems Engineering and Soil Science, was selected as a 2021 Fellow of the American Oil Chemists’ Society (AOCS). This award recognizes achievements in science and/or extraordinary service to the Society. Dr. Hayes’ research focuses on developing molecular understanding of biological processes that range from bioplastic interfaces to membrane protein interfaces.

Fan Zhang, assistant professor in the Department of Nuclear Engineering, is the recipient of the 2021 Ted Quinn Early Career Award from the American Nuclear Society (ANS) based on her outstanding achievements and dedication to the nuclear industry. This award recognizes an individual for outstanding early-career contributions to nuclear instrumentation and control or human-machine interface technologies.

UT’s Rocket Top team competed in the annual Argonia Cup Collegiate Rocketry Competition, March 27-28 in Kansas, bringing home third place honors. The goal of the competition was to challenge college students to design, build, and fly a rocket to at least 8,000 feet, then deploy a payload upon its descent. The payload then had to fly to a designated area on the launch site. The winner was decided by who landed the closest to the target area.

Alex Greenhalgh, engineering student in the Department of Materials Science and Engineering (MSE), was one of four students nationally awarded the Enabling Technologies and Innovation (ETI) Consortium Scholarship. ETI’s core mission is to direct multidisciplinary research and innovation to train the next generation of human capital and to bridge the gap between the university basic research and national laboratory Departapplications.

Bridgie Cawthon, student in the Department of Chemical and Biomolecular Engineering, placed first in the chemistry category at the annual conference for the Tennessee Louis Stokes Alliance for Minority Participation (TLSAMP). TLSAMP is a collaborative effort to increase the enrollment and graduation rate of underrepresented students in science, technology, engineering, and mathematics (STEM).